Influenza is very common, with 7% of working adults and 20% of children under 5 years of age in the USA affected annually. ILI surveillance currently relies largely on syndromic and virologic surveillance, which burdens reports with a 1–3-week lag – time in which outbreak responses could be employed to reduce transmission. Because of this delay, outbreaks can go unnoticed and therefore spread to susceptible populations and further geographical regions. Previous attempts to improve predictions through digital reporting – “nowcasting” – have used crowd-sourced data, however their success has been limited, tending to overestimate rates of infection during epidemic periods.

ILI surveillance reports showed strong correlations to increased heart rate and decreased sleep duration, with differences of more than half a standard deviation from average.

In this study, researchers reviewed data from 47,249 anonymous Fitbit users across five US states from 2016 –2018, monitoring deviations from their average resting heart rate and sleep duration. When Fitbit data was incorporated into state-level predictions, the accuracy of predictions was improved, with an average increase in Pearson correlation of 0.12. As these factors can be reported before a symptomatic response, ILI predictions could benefit greatly from such a passive method of data collection, with no need for people to report their symptoms to healthcare services.

The popularity of fitness bands and smartwatches is ever-increasing, with technological improvements providing further opportunity for thorough data collection by these means. Wearable sensors could expand their reporting potential to monitor other abnormal fluctuations typical of health changes, such as blood pressure, temperature, electrocardiogram and cough analysis.

The sample cohort was a limitation of the study, with most users being of middle age and higher income status than the average population. This demographic could be less likely to suffer severe influenza infections due to their lifestyle and access to vaccines and medication. The lack of historical data from the sample limited researchers’ ability to control for seasonal activity changes, nor could they distinguish changes in resting heart rate due to non-infectious factors.

Lead study author, Jennifer Radin (Scripps Research Translational Institute; CA, USA) is hopeful that continued wearable data collection could further improve ILI-rate predictions: “In the future as these devices improve, and with access to 24/7 real-time data, it may be possible to identify rates of influenza on a daily instead of weekly basis.”

Back to Immunology and infectious diseases
Next 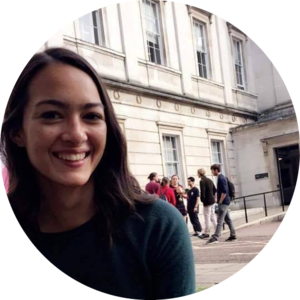 Look behind the lecture: the importance of patient engagement across the healthcare continuum